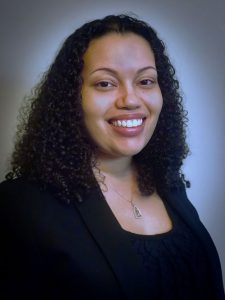 The Southern Maryland Regional Library Association (SMRLA) Board of Trustees and staff are excited to announce the appointment of Ashley Teagle as SMRLA chief executive officer effective Oct. 26, 2020.

Teagle returns to Southern Maryland after having served as executive director of Wicomico Public Libraries. Prior to her time on Maryland’s Eastern Shore, Teagle worked for Charles County Public Library in various capacities including in children’s services, reference, and as a branch manager. She replaces former SMRLA CEO Sharan Marshall, who retired in April following 24 years of service.

“I am extremely grateful for this opportunity to support the public libraries of Calvert, Charles and St. Mary’s counties,” Teagle said. “I’m passionate about libraries and the benefits they provide to the community. I hope to help foster greater collaboration with and support for public libraries in Southern Maryland.”

At Wicomico Public Libraries, Teagle led the library through the development of a new strategic plan and obtained funding for the future purchase of a new bookmobile.